This reflection is from a community member, May. May originally rode her bike in Southeast China (Canton Province), and now rides with her family in Seattle. The month of May also happens to be Asian Pacific American Heritage Month! We hope you enjoy this story and the photos in honor of May’s family and heritage, and for all of our Asian & Pacific Islander friends, family, and neighbors. All photos courtesy of May.

Biking is so much fun to me. I always feel as free as the wind when I am riding a bike. I can also enjoy viewing the different sceneries along my ride. Biking is an effective way for me to relieve stress from work after sitting for hours in front of a computer. It is also such a good exercise that could keep me healthy and fit.

I hadn’t been biking for many years after I moved to Seattle back in 2003 since I did not know much about biking here. The roads and safety seemed to be a big challenge to me, and I felt a little bit scared. Most importantly, I did not find a group of people who could share the same interest in biking. With the addition of three young kids, my life has become so busy that I could hardly find the time or energy for my own hobbies or interests. In recent years, I have come to know more about Bike Works through their programs and activities they have been offering or hosting. 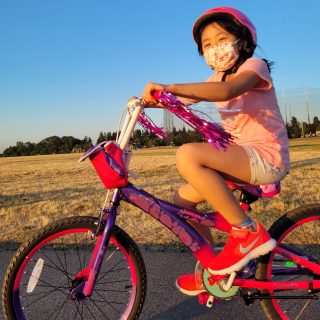 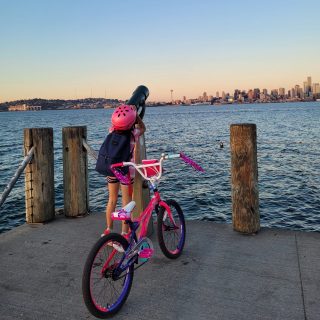 All my three kids, two teens and a 10-year-old girl, have received a free bike each from Bike Works when they were in preschool at the REWA childcare center. They were so excited after they got their own bikes and would like to keep biking and biking without a stop in our neighborhood park. My two teenage boys used to love biking so much and they would bike every day when they were younger, but they do not bike much in recent years since they have been engaged with other fun activities. I feel that they are a little more reluctant to bike with mom nowadays since they are two teenagers trying their best to be themselves now. Bike Works had the mobile repair van located in our New Holly neighborhood last year and the helpful mechanic had kindly helped my boys fix the problems of their bikes. We are so grateful to Bike Works for its being available in our neighborhood! 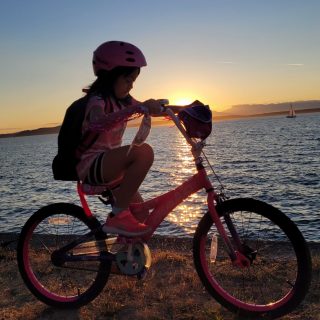 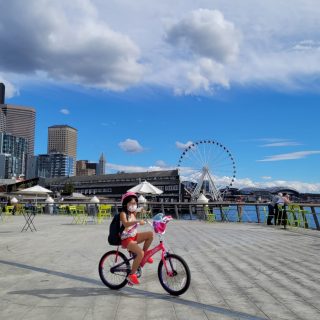 Compared to my kids, I was not so lucky as they are in regard to having the kid’s bike available for me to use when I was in elementary school. I learned how to bike together with my big brother on my own (basically self-taught) when I was about in 5th grade. Back then we did not have any kid’s bike to use, and we had to borrow my dad’s adult bike which was my family’s only bike. My legs were way too short, and I had to make full use of the triangle that the bike had. When I was in middle school, our family finally had a second bike that was available for me and brother to use. As I grew older, I rode the bike to help carry clean water home for cooking, to commute to the fields (plot assigned to each family in the rural area to grow rice and vegetables) to help my parents grow and harvest vegetables, and to buy groceries from the market. It was not until I graduated from university and started working that I finally had my own bike. Just like my kids, I biked almost every day after work since I had my own bike. It helped a lot in relieving the stress from work. The most memorable bike ride is the one I had together with my colleague when we traveled to Yunnan Province in Southwest China. We each rented a bike and rode the bike to see the amazing field of rapeseed flowers and a historical town.

As my kids are growing bigger, it is time to pick up my biking journey again after pressing the pause button for so many years and create new biking chapters. Currently, I do not have my own bike and have been using one of my son’s bikes even though it is a little bit too small for me.  I biked in Seward Park together with my daughter and younger son often when the weather was fine last year. My daughter and I once took the link light rail to UW Station and then biked all the way back to Seward Park. Unfortunately, the small bike I have been using got stolen recently when I was standing on top of a small hill waiting for my daughter’s school bus to arrive while the bike was parked at the foot of the hill. I definitely need to get another bike as soon as possible in order to get myself back to the track of cycling again. I would like to get more involved with Bike Works in the future because the organization has such an amazing group of people ready and willing to help people who has interest or needs in biking. 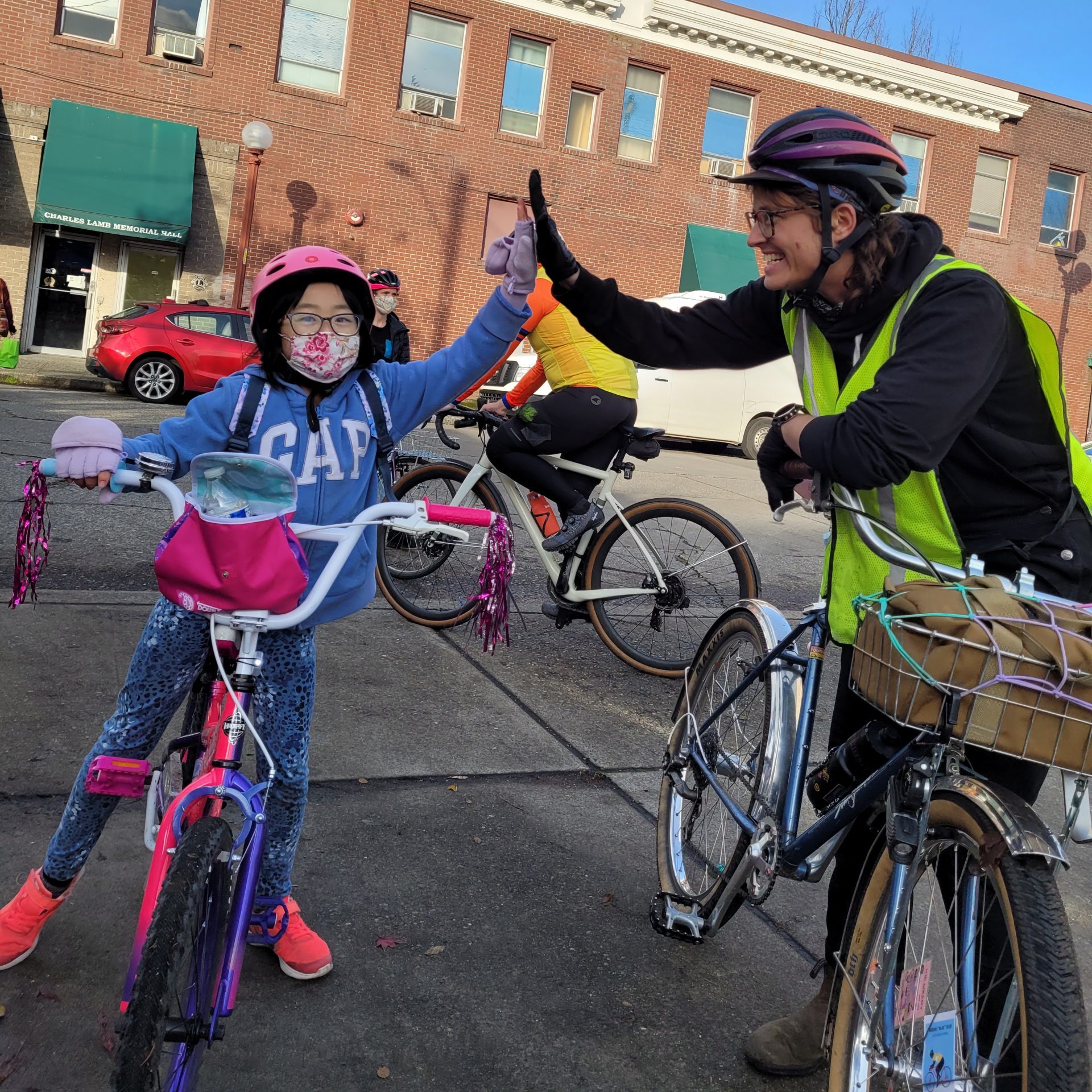