Kittie Knox was a nineteenth century bicycle racer from Cambridgeport, MA, and the first African American to be accepted into the League of American Wheelmen (L.A.W.)

Kittie showed interest in cycling at an early age, saving up to buy her first bicycle and quickly gaining local attention for winning many of the competitions she entered. 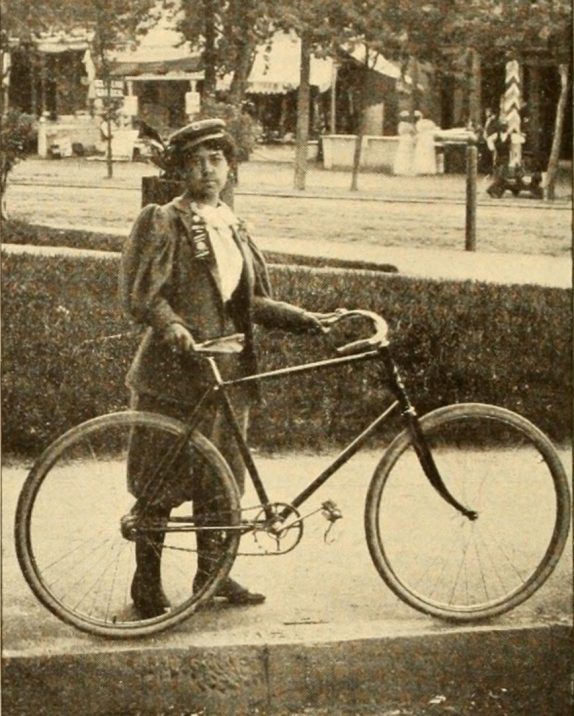 In 1893, she joined L.A.W., only to have her membership questioned after the organization changed its rules to exclude People of Color. Two years later, L.A.W. clarified that despite its racist rule, it would not be retroactively applied, and Kittie retained her membership.

Kittie became popular for her fashionable riding outfits (she worked as a professional seamstress), unique cycling technique, and speed, but she was still the target of both racist and sexist critique. Her physical appearance was frequently scrutinized by journalists, who described her as a “comely colored maiden”, “murky goddess of Beanville”, and “beautiful and buxom black bloomerite.” Throughout her cycling career, she was denied access to meets, and refused service at hotels and restaurants while traveling for races.

Kittie helped pave the way for other women, People of Color, and Black women to become involved in competitive cycling. Despite enduring both racism and sexism, her resiliency and courage played a role in the desegregation of the cycling world.

This post is based on this article about Kittie Knox by Grace Miller in the Smithsonian Archives.