Adrian Down takes overnight bikepacking trips, fixes up adult bikes for Bike Works, and volunteers to make biking safer in Rainier Valley. So it’s a little surprising to hear that he first learned to ride a bike in college.

He heard about Bike Works through Bike Bingo, the annual city-wide cycling scavenger hunt presented in tandem with local businesses. Now, he’s part of a core group of skilled volunteers who fix up bikes for the Bikes for All! Program, or to be sold in the Community Bike Shop. Adrian is also a member of Rainier Valley Greenways, a community advocacy group which focuses on making streets safer for non-motorized traffic. Attending their meetings works nicely with his bike repair work.

“It’s convenient because RVG meets in the same building that the Bike Works volunteering takes place in,” Adrian said. “I typically go to the Rainier Valley Neighborhood Greenways meeting upstairs for half of the volunteer time and then go downstairs and pick up a wrench and start fixing bikes.” 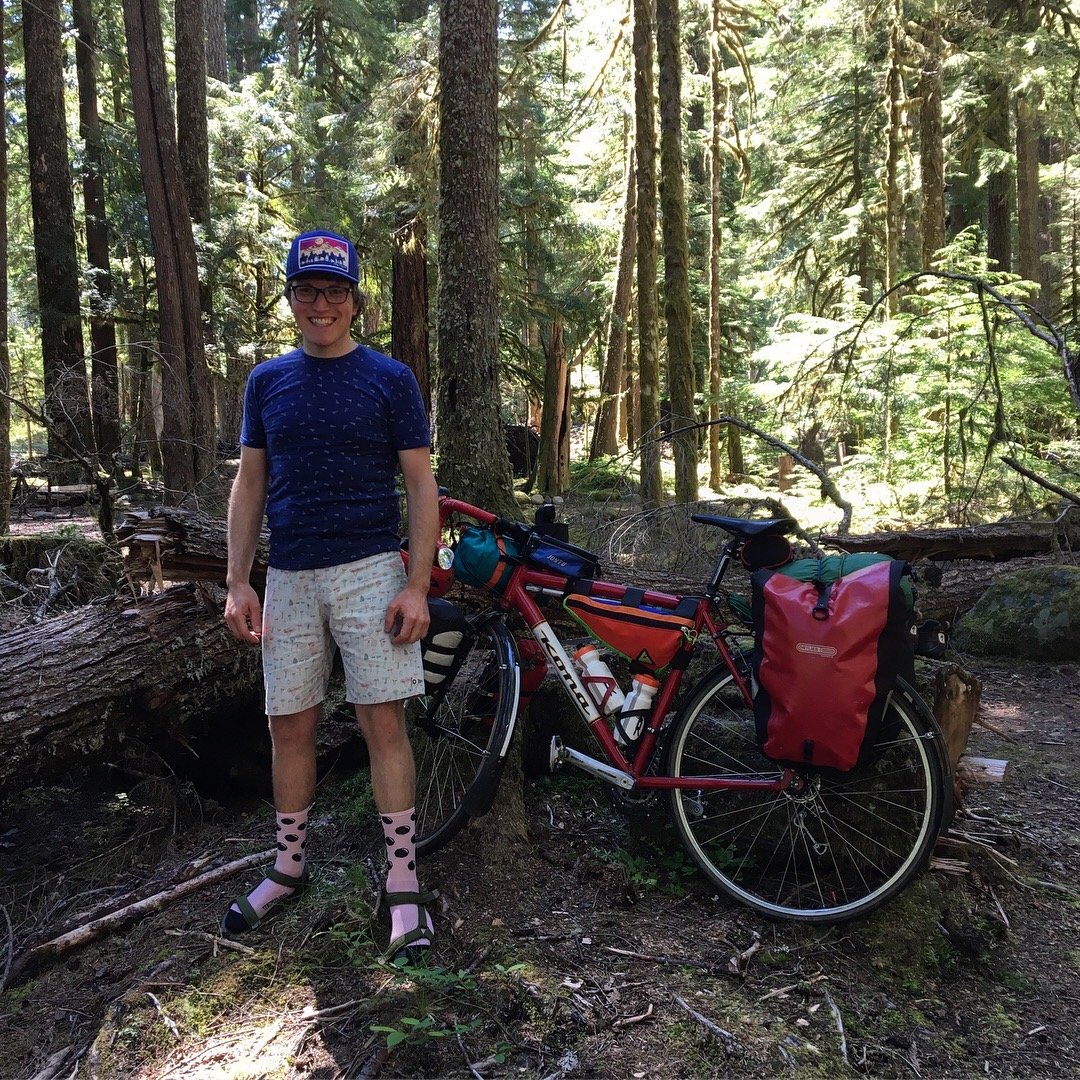 What’s one of your earliest biking memories?

I think I started biking much later than most people. I didn’t really start biking until I was in college.

I was very lucky in that in college I had this amazing mentor. And he was really an academic mentor, a personal mentor, a professional mentor, just an incredible person to have in my life, almost like a surrogate parent. Because I was going to college 3,000 miles away from my own parents. I was really far from home. I was a clueless little 18-year-old kid. And he was very kind to take me under his wing. And he and his wife were very kind and generous towards me.

So he had this old 1980s Nishiki bicycle that had been sitting in his garage, collecting rust for probably 10 years at that point. He said, “I’ve got this bike sitting in my garage. You can probably use it to get around campus.”

As a typical college kid, I lived fairly close to campus. So it’s a great way to get to class. He basically let me borrow that bike for a couple years and said, “Give it back when you’re done. But as long as you keep it in good shape, you’re welcome to use while you’re going to school here.”

It was a wonderful bike. It was this nice burgundy red and it fit me pretty well — as well as a free loaner bike could be expected to fit.

And I remember the first time I rode it, you know, because I had never really ridden a bike. And here I am, I’m 18, and I’m learning to ride a bike.

So I took it to a tennis court and I remember getting on the bike and promptly just fell right on my side, like two, three times. I think maybe after the third time I could get the bike to go without falling over, I said, “Great, we’re done. This’ll work.”

And pretty much from then on used the bike as my main source of transportation for most of the rest of college. And at the end of college I gave it back.